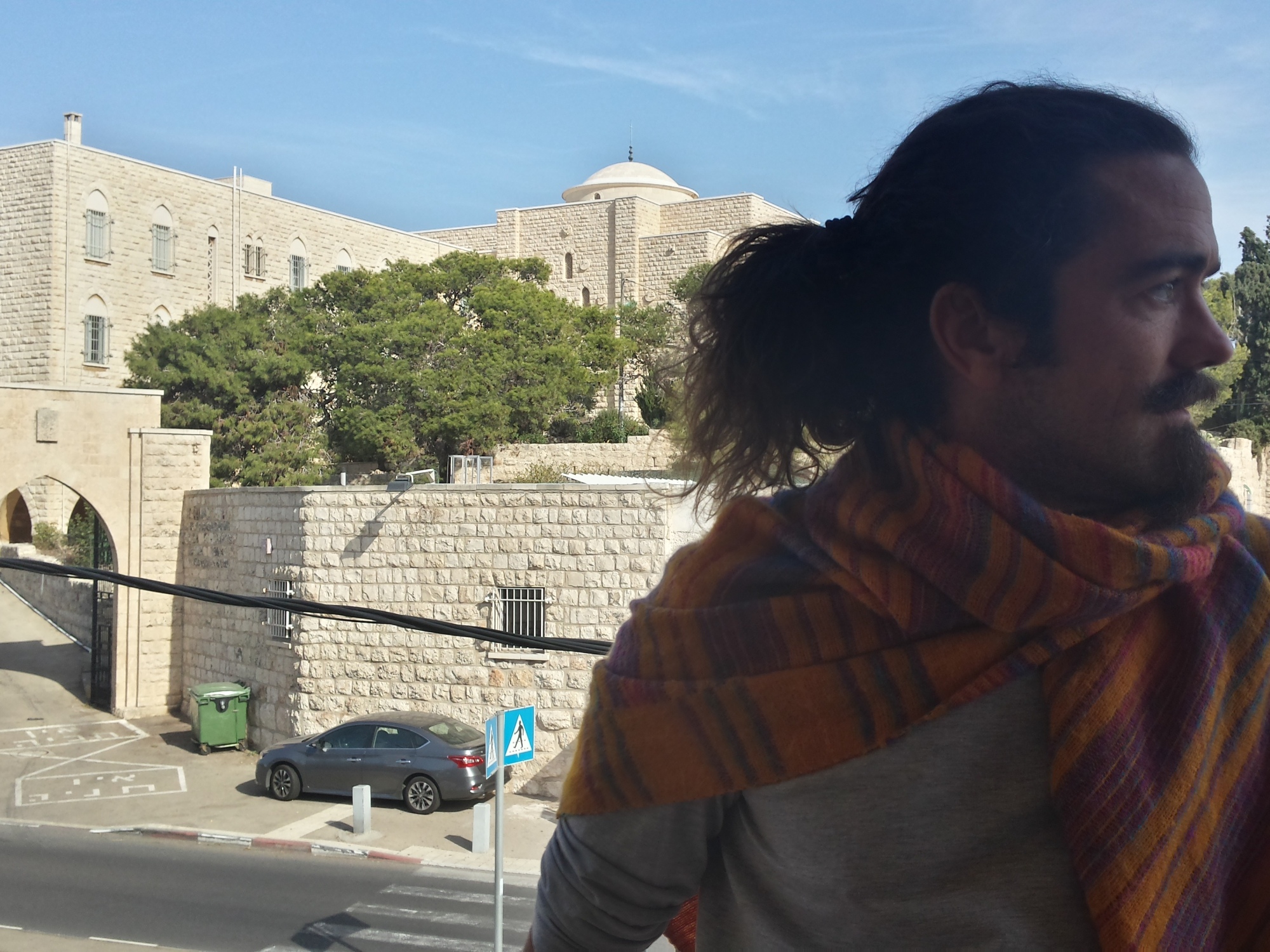 On but little sleep I stumbled around the kitchen, a shortened morning routine spotted with the final pack before I darkened the house and crunched my way across the gravel driveway – bag shouldered – to my awaiting chariot.

It was four AM when I spun the engine over and began the descent through Wilsons Creek toward the coast. The road inky black and the air filled with rain. Steam rose from the asphalt as it dispersed the heat stored from the day previous. The steep nurturing mountains turned into flat farm land as I drove through Mullumbimby on my way to collect Elsie for our first leg of the journey.

We were travelling to Israel, our patrons – Heath and Bec – had just sold their property in the hills and were going to live and explore this contested land. A few of us were coming along, my journey was expected to be a week but return tickets were not yet booked, ah the feeling of freedom, to let go and embrace uncertainty.

Slowly Elsie and I drove the highway toward the Gold Coast to catch our flight to Sydney, we put the van in long term storage and made way to the airport.

I felt comfortable with Elsie and we shared wonderful conversation, which made the flight to Sydney pleasant. The whole day was ours to use so we caught the train to Newtown, its memorable streets and characters not having changed to my eyes. Elsie took me to a treasured place to rest, an ancient colonial graveyard, old oak and ficus trees shaded the quiet grassy locale. Headstones hued green from a hard layer of moss, some broken, some leaning from centuries of weather. Boots removed, backs against a large tree trunk, skin feeling soft golden sunshine filtered through bright green leaves as we quietly recovered from the shock of a red eye flight.

Heath and Bec, their two wonderful children Wilkie and Sarah along with Corey had arrived later in the afternoon and were waiting in a café for us. They had driven their car down from Byron Bay to hand over to Elsie for when she returned to Australia. While she and Heath drove to a friends house to store the car for the duration, the rest of us waited back at the cemetery, Wilkie and I walked around the grounds marvelling at the diverse masonry. All back together we caught a few fast trains to the airport and began the next leg.

Amongst the tiled airport desert and muffled airline announcements we were joined by Lily, Bec’s mum and two friends of the family – David and Marty. We now totalled ten and our full complement were ready to fly. Upon checking in we found that to enter Israel we needed to prove that we were also going to leave, spontaneously Heath booked us all cheap flights to Turkey to convince the airline representative of this. Tickets received, emigration papers filled, passports checked – most of us looked nothing like our passport photo, the clean cut image displayed attempted poorly to represent the long hair and beards many of us now sported. Realising we had only minutes to spare we legged it to the gate as its doors closed closely behind us, Singapore here we come.

I was taking only carry on filled with sparse possessions, gladly so as it meant no waiting or uncertainty of extra luggage. The simplicity of having everything with me always was too attractive to pass up. Nestled in the shoebox plane seat I looked at our destination map on the screen – time to arrival, nine hours.

After a long flight, some bad movie choices and an attempt at sleep I saw the lights of Singapore through the porthole window. Again the group had a few minutes of sit down time before hopping on the next, another nine hour marathon to Istanbul, Turkey.

Elsie and I took turns on a window seat, the curvature of the cabin lacking the comfort it advertised in my mind. Strangely enough I enjoy long flights, there is something about being locked in the one tiny space that brings me a sense of relief, especially if I travel alone. Sleep eventually found me, my head secured upright to the seat and belly full of hardly nutritious food.

Istanbul airport, it was four degrees outside and we shivered down the stairs through aroma of jet fuel to an awaiting bus. Inside the terminal we found we had a few hours before the next flight and attempted to leave to explore the city, alas with visa requirements and taxi time it was not in our favour so we snoozed away on a comparatively comfortable café sofa.

Our final flight grew closer, three more hours to Tel Aviv, the group lugged possessions through highways of travellators and swarms of tourists mingling around shops of perfume, alcohol and chocolate. We boarded, I felt as if still in a dream state, it had been twenty four hours since my foot left the Australian tarmac, our somewhat smaller carriage, somewhat more cramped yet considerably shorter journey. We landed at Israel, leaving the weary air voyage behind us, baggage, customs and a quick money change and we were almost free from the bland confines of international airports. I pushed a trolley full of bags through a doorway and found myself in a large foyer space, a waist level circular wall created a populated amphitheatre to which I was the central attraction. I stopped and stared, scores of hopeful family members stared back at me, a strange silence. Before it could be broken by embarrassing words I pushed onward to a single gap in the marble barrier and escaped the sudden audience.

We took a rather expensive minibus from the airport, our destination was Haifa, around an hour north of Tel Aviv. Orange groves, barren ocean shores and distant rocky mountains flew past my window, conversation at minimum as the exhausted ten travelled their final leg to the guesthouse.