This van and I have been together for almost two years, doing around fifty thousand kilometres things are bound to go awry with any vehicle. Every so often it tells me that I need to slow down or even take time out for a few weeks. I remember…

Day two of the journey, I think it was mid April 2015 I returned toward a Murray River camp site after going back to Adelaide for my beloved boots so carelessly left behind. Driving the last stretch do I notice the temperature gauge in the red. Eyes wide and a mental voice of oh shit I pulled over immediately. Nothing else to do now but sign up a new roadside service membership, there goes $250 of my careful savings.

The van was winched onto a tow truck and the driver took me back to the small town of Cambrai, I spent the night in his parking lot after he told me the local mechanic couldn’t fix it and I’d have to be towed to Mannum. The next morning, another tow truck, not covered by RAA, another few hundred dollars, another mechanic’s car park. The day after spent riding my bike around town, such a beautiful place by the Murray River.

After the parts had arrived, the van was running again, I drove – finally – back to my original camp by the Murray and rested for a week, my wallet significantly lighter.

The engine gives me so much power up hills and purrs along highways, there are comfort features like cruise control and power steering that make my driving life a breeze, there was however a month where things were dreadfully uncertain.

I was in Canberra during the frigid winter of 2015 camped by the Murrumbidgee River. Early one morning I broke camp and prepared to set off on the next adventure when the engine wouldn’t turn over, no movement, nothing – the battery seemed fine, everything else seemed fine – what to do? I waited an hour and it roared into life, only a few minutes later to stop as if I had turned the key. My relatively new superpower of roadside assist came into being and some time later the mechanic arrived in his van. After a few tests, head scratches and chin rubs he announced that he couldn’t find the problem, he gave me the number of a local auto electrician. Disheartened, I took his secondary advice and slept on it. As the sun came into being so did this faithful engine and so did my delight to be moving again.

A few days later, the same thing, the same worry, the same phone call, this time a tow truck – to the nearest town. Having the van in a mechanic’s shop gave me some hope, particularly seeing the engine running upon my return from the main street. He could have shrugged his shoulders but didn’t out of professional courtesy, oh well, it was running again for now, the evening saw heavy rain and I spent the night snuggled in its steel embrace.

The van was faultless for another week, I was with Felipe exploring the forests south of Sydney, it was getting late and we decided to venture back into the city, up the highway sitting on ninety and the engine switched off, a lot more nerve wracking than it simply not starting, we coasted silently to a stop on the side of the thoroughfare. Another tow truck, Felipe and I spent the night in the Wollongong NRMA car park with a bottle of wine and he took the train home the next morning. I was left simply to wait and explore the town. Same as before, couldn’t find the problem, big sigh and continue on in uncertainty.

I made it as far as Sydney, it died, I sighed, I phoned, and waited… and waited. No joy, new battery, new relays, running again, maybe this time it will be OK I silently hoped. Alas I landed in Newcastle and spent the night in another car park, this time a fancy Toyota dealership, I slept among the new Camrys and Landcruisers in their secure compound – I wonder if I was on camera as I took an early morning leak outside of the van. I think I was, they did not want to host me for another night. I got a tow to Redhead Beach and used up the weekend wandering and swimming, all the while in despair, was this the end of my journey?

I left the steed at a nearby auto electrician, packed my things into mum’s car and we drove three hours north to my new home for the next two weeks. Kevin the electrician finally recommended that we order another engine computer and swap it over, that done, the engine starts and I excitedly drag Mum and Monty back to Newcastle to collect the long awaited steed.

Oh that sweet feeling of relief when such an item of comfort and safety is working.

Around a month later I was driving through a forest road near Gympie, QLD. It was quite bumpy but I was seasoned in rough terrain and navigated the van through the red and yellow rocky road. A few hours later I exited onto smooth black asphalt and made way for Rainbow Beach, something, however felt different. Each bump in the road was like being on a slow moving pogo stick, the wavy motion of the lumbering van was more intense than usual. Was it this bad before the forest? I combed memory for an answer unsuccessfully. A few more stretches of road and I decided to stop and check out the wheels. No flats, nothing obvious, hmm. I stuck my head under the rear and noticed that the shock absorbers were no longer connected, a better description would be that they had been snapped off and were not operating as advertised, no wonder the relentless bouncing.

I turned around and spent a weekend in Gympie awaiting a mechanic.

The suspension has been somewhat of a setback now and then on my journey, I am pretty sure that the current springs were not designed to have 100 litres of water, a fridge, a sink and loads of other ‘essentials’ packed in. As a result of this it sat quite low and the water tank underneath, even lower. So when I ventured off the black top to find a quiet camp I had to be extra careful when going over a sharp crest in the road, a snail’s pace carefully avoiding anything that might put the van too low. Many times in a misjudgement I would hear a scrape – “Not again!” I cried as I saw a trail of water coming from under the van. I would then, at camp, spend an hour draining the tank and patching up the hole before setting off the next day in search of a tap to refill.

Given that these things may appear as setbacks or be a little annoying at times, they provided me with the challenges I needed to learn about this wonderful machine. This enclosure allows me movement over vast distances by pulling a few levers and moving a big wheel, how incredibly blessed I am to have such a luscious home on wheels, where I can be comfortable anywhere I go, have everything I own with me from tools to books, entertainment and nourishment, craft and clothing.

I am so grateful of this chariot, this brown and grey stallion, this immersive wagon. Thankyou! 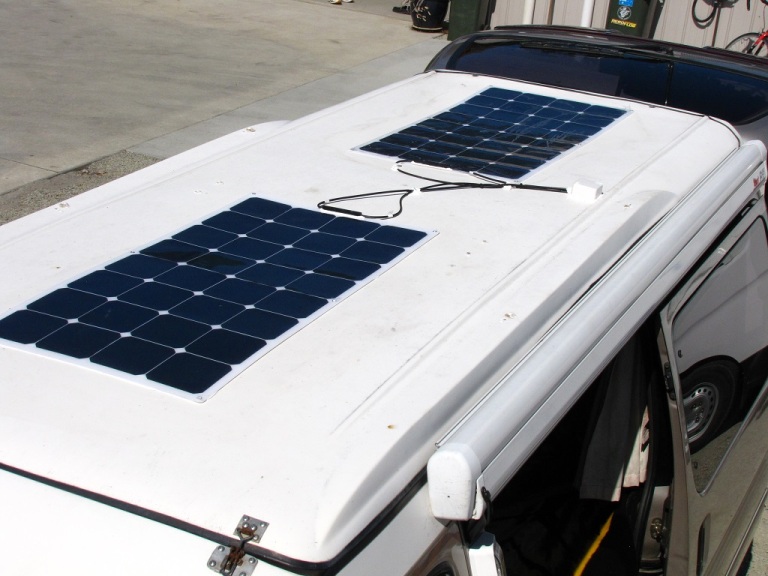 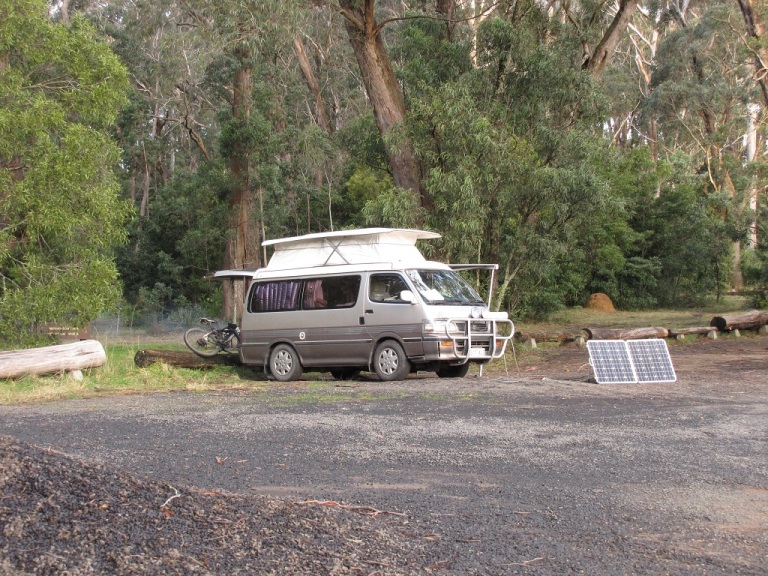 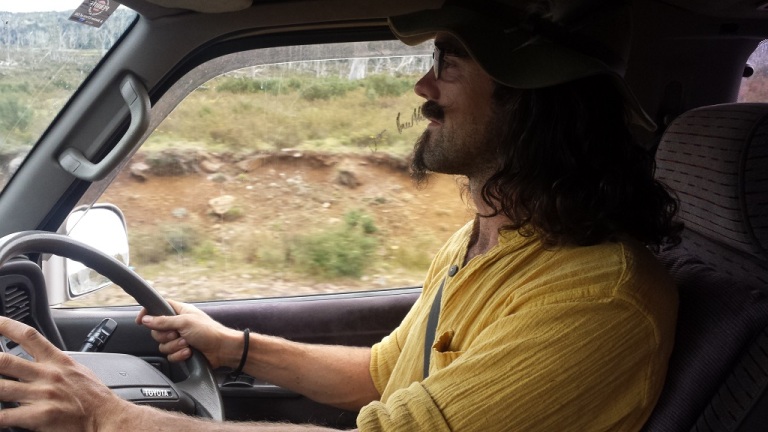